Let this free integer calculator go for adding and subtracting integers and display the final answer on your device screen. Moreover, you can also perform basic arithmetic operations on integers and get to know when to change signs while doing integers subtraction by using this negative calculator.

What about moving ahead and discussing a little bit more about integers theory?

What Is An Integer?

“A number with no fractional or decimal part is known as the integer.”

Basically, integers include all the numbers that may be positive or negative. Also, you can perform addition, subtraction, multiplication, and division on these numerals. And if it comes to speed up the process, this best consecutive integers calculator is the best way to do this. 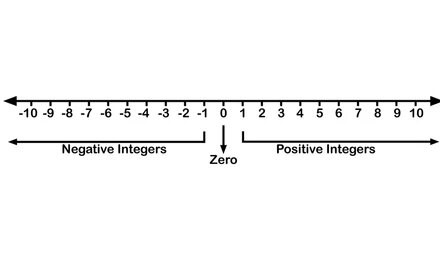 A number line is said to be the graphical representation of the integers. Whether you are going to perform integers subtraction or adding positive and negative numbers, you must first try to understand the number line scenario. Also, our best integer calculator also follows the ame theory to perform mathematical analysis on these numbers.

If you take a look at the left of the integer zero, all numbers with negative signs are said to be negative. In mathematics, these negative numbers are considered the mirror images of the positive numbers.

This negative and positive calculator takes into consideration the addition and subtraction of either only positive numbers, only negative numbers, or even both. Let’s move forward towards various basic rules defined:

There lies two categories that are as below:

If you have two positive numbers, then simply add them and put a positive sign with the resultant number

Adding negative numbers goes by the rule as defined below:

Adding integers with opposite signs considers the rule as follows:

You can also commence this free adding integers calculator to depict the addition of integers in a fragment of seconds.

The rules for subtracting integers are the same as defined for the addition. The only change is the change of the sign, which is minus instead of addition here. But we will also try to remember integer rules subtraction here.

Keep subtracting two positive integers as you add them but consider the negative sign among them:

If both the numbers are negative, then focus on the generic expression below:

Two numbers with opposite signs are supposed to be subtracted by following the rule as below:

In practice, the multiplication and subtraction of the integers is quite the same process. The only variation exists here is the sign that depends on the sign of divisor or dividend in case of multiplying and dividing them, respectively.

Pay heed to the following multiplication rules used to find the product of two integers:

If both the numbers are positive or negative, then they are multiplied by subjecting to the expressions:

Get two integers multiplied with one another in case both of them are having opposite signs by considering the key points as mentioned below:

Keep in mind the rules set for dividing integers with either same or different signs:

When two integers are divided having the different signs, then the sign with the bigger integer is supposed to be put with the final answer.

All of these rules are the pivot theme on which this free integer calculator works.

In case when there are positive exponents involved, the final generated number will be equal to the actual number multiplied times the power mentioned.

In case when the exponents become negative, the final result is computed by inverting it:

As every operation has its opposite one, root is considered as the opposite image of exponents. Moreover, you can also find the radical with the help of our radical calculator. But what you need to keep in mind is that you can not figure out the radicals of negative integers.

So we are here interested in figuring out the log of integers. One of the conveniences here is that the log of negative integers does not exist. So, you can only take the log of positive numbers. Moreover, we have also designed another log calculator for this purpose that provides you with the detailed computations of the logarithms.

How To Perform Operations On Integers?

Let us resolve a couple of examples to understand the theory better! Stay with us!

Example # 01:
How to subtract negative numbers given below:

Subtracting negative numbers given:
(-a) – (-b)

You can also verify the results by subjecting to a free subtracting integers calculator.

How to add negative numbers that are as follows:

This free calculator integers performs various arithmetic operations on the integers and generates accurate outputs in a couple of seconds. What about having a look at its operation? Let’s move forward!

The free positive and negative calculator performs the following operations on the integers:

Here you can also perform more advanced mathematical operations on numbers with the help of our math calculator.

Which is the largest integer?

No, not at all! If you think that you have written the greatest number, just go for adding 1 to it. You will get a bigger number. This is why numbers can never be considered as an end.

What number is the smallest integer considered?

The smallest integer in mathematics is 0 that could also be checked by using this free integer calculator.

Which is the largest negative integer?

-1 is the biggest negative integer as after this, we get zero and then positive integers. If you do not get it, scroll up and read the number line sectio again.

How do you compare integers?

What are neutral numbers?

Zero is a number that lies in the middle of the number line. It is neither positive nor negative. This is why this integer is considered as the neutral number.

What is the difference between absolute value and integer?

For instance, let us be clear that absolute numbers can never be negative. While on the other hand, the integers can also be negative rather than the positive numbers.

Many real-world applications are concerned with the addition and subtraction of integers. They allow us to make variations in calculations for achieving far better results. This is why our best integer calculator with negative sign and positive is widely used by professionals and scholars to get maximum accuracy in their basic maths calculations.